A Simple Way to Shift Core Beliefs with Tapping 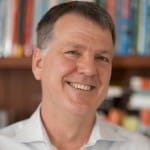 Much has been written about the power of our beliefs to create or destroy our lives, to produce and limit our results, to create our very reality.

A belief however may be nothing more than an idea attached to strong feelings – an idea to which we have become emotionally attached by our conditioning, either through a few specific past events, or a large number of emotionally-charged events over time. It could be thought of as an association or link that has become secure through repetition or through strong emotional connections. And when the emotional connections are disconnected using a process like SET tapping then the belief again becomes just an idea in the infinite world of ideas. You could say it returns to the great sea of ideas, and even though we can still think it, the idea no longer has a hold on us, it no longer affects us, and it no longer drives our feelings and behavior.

The most exciting beliefs to treat are your identity beliefs. These are your beliefs about what type of person you are and what you are capable of. When you change an identity belief you potentially change every aspect of your life – since everywhere you go in your life, there you are!

How can we treat negative beliefs using SET?

Step 1: Tap on the belief itself

By applying SET tapping to the emotionally connected idea itself – the belief statement, or association – we can begin the process of decreasing our emotional attachment to that idea. As soon as you identify a belief you can tap on it. How to do this? Simply focus on the belief and repeat the entire belief statement at each tapping point while you tap. For example, if your belief is “I am stupid” you would complete rounds of tapping whilst focusing on or even repeating aloud that specific statement, as you tap on each point. Although it might seem negative to be repeating an idea like this, you need to “tune into” the disruption this causes in your body’s energy system so that the tapping can do its work on reducing the negative emotional attachment. Often after just doing this for several rounds of tapping you can then focus on the belief or even repeat it aloud without it having the same negative emotional effect.

You may also want to tune in to all the related beliefs and ideas – the negative thoughts that go with the “I am stupid” belief – and even state these out loud as you tap on each of the points (e.g. “I’m dumb”, “I am a slow learner”, “I am a bad …”). Dr. David Lake and I have also found that if you can humorously exaggerate statements like these as you tap on them it can help to reduce the emotional intensity, as getting results with SET does not require maximum intensity.

Note that it isn’t as much the truth of a belief as how intense this belief makes us feel, and the limiting emotional effects of it in our life, that is the real problem. For example a belief like “I can’t swim” may be true in present time, and to treat this won’t make you able to instantly go out and swim the English Channel. What it will do is leave you open to learning how to swim if you want to, and remove any blocks to your being able to move forward. It does this by relaxing any negative feelings associated with the issue, for example helping you feel more comfortable about going in and being around water. When you can move forward as you wish without being blocked you are emotionally free on this issue.

Although tapping whilst focusing on the negative belief statement can be very powerful, most people will not get a real shift unless they go further.

Step 2: Tap on the events where you learned the belief

The second stage to treating beliefs is to identify where you learned those beliefs and apply SET to those emotionally charged specific events. Good questions to ask here are: Where did you learn this? Who taught you this? Where did you first learn this? And another great question that Gary Craig, creator of EFT, routinely asks: What does this remind you of?

(Note: If you are dealing with highly traumatic events and very strongly held negative beliefs about yourself you should consider working through these issues and events with a qualified practitioner and therapist.)

It is worth mentioning here that some people will not be able to identify specific incidents where they learned their beliefs. Perhaps your belief came about through a composite of different experiences. In this case it works just as well to “compose” an event (or series of events) in your mind from those composite experiences, or even to “invent” an event that “might have happened”. Since you are often working with your own subconscious associations anyway tapping on such “fictional” events will usually still give you access to the underlying emotional connections.

The simple approach to treating a past negative event:

When you have identified significant emotional experiences from your past where you learned a belief, you can set about treating these using the “Tell the Story” or “Run the Movie” Technique. This basically involves going through the story – or running the event as a short movie – in your mind, identifying any emotionally intense parts of it, and then applying tapping to those emotionally intense aspects until the intensity reduces. You then follow a similar process with each emotionally intense part of the story until you can go through the entire story or run the movie of what happened without experiencing the same emotional intensity (Note that if you have several related events then you may need to treat several of them before the intensity approaches zero).

If you follow this process systematically with the major life events behind your current negative beliefs you will almost certainly feel shifts in your attachment to these beliefs, such that they are less strongly held. So for example you may tune into the thought “I am stupid” and instead of feeling negative and contracted, you start to smile. And typically, without even needing to “install” them, positive alternative beliefs and perspectives – such as “I’m clever”, “I’m worthy”, “I’m perfect the way I am” – arise spontaneously.

Note: This article summarises a simple yet powerful belief change process using tapping that almost anyone can use which often produces excellent results in shifting negative beliefs. Some beliefs, however, are part of entire Belief Systems and resistant to simple methods.

Do you want to go deeper and learn to create core changes by working on your decision-making centre? Come to my new workshop: Break Through the BS!