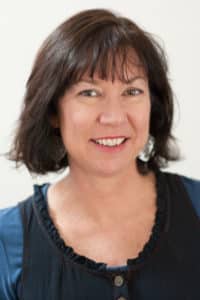 Mention the word Christmas to your female friends and acquaintances and you will hear a resounding groan from most of them.We were at a dinner party as early as April in London this year and all the women around the table had some horror story to tell about Christmas dinner, presents, shopping, relatives, and so on.

I was definitely on this treadmill of lists, lists and more lists of things to buy, things to do, things to cook and things to make. Most of it was a huge guilt trip of what I must do.I must have the perfect tree, beautiful table decorations, (department store catalogues have a lot to answer for), cards sent to everyone we know (even if we haven’t seen them for 10 years and have no contact other than 2 lines each year on a Christmas card). I agonized over the perfect gifts for everyone, from my kids and relatives to school teachers.I spent all of my free time and head space between late October and Christmas Eve at the shops, checking and rewriting lists, and going over what I had done and what I still needed to do.There was also the issue of negotiating “Who is going to have Christmas this year?” And like most families, probably the biggest headache, the guilt and expectations of what should happen on the big day. I was worn out trying to keep everyone happy and usually felt absolutely exhausted and miserable by Christmas day.

Steve had been trying to get me to stress less about Christmas for years – he just didn’t get it.I was on this tread mill of things that had to be done.I was hooked into other people’s expectations of how it should be and what should be done.

The change in me was initiated early last year following a discussion in my family to sort out a fair way to take turns for each side of the extended families to host Christmas day lunch (the favoured time to meet). Everyone had their own differing beliefs, values and ideas on how Christmas day should be and in the end we couldn’t come to an agreement.

I came home quite upset and Steve, who hadn’t been at the “discussion”, helped me work through my emotions, with lots of tears and tapping. I initially tapped on my own beliefs and hurt over how I thought Christmas should be. We were able to identify that the main issue surrounding Christmas for me was the guilt, the feeling that I was responsible for everyone else to have a good and fair Christmas. It took a whole lot of tapping to lessen my intensity. After that, I was then able to look at the issue from the perspective of the other people involved. This really helped for me to see what I was really pushing against, and also understand why they had reacted the way they did.The others were reacting from their own beliefs and ideals, which were different to mine, and it wasn’t personal.Once I could see that, I could step away and not react. I also no longer felt it was my total responsibility and could happily step back and let other people work it all out!

The best thing about this tapping process is that it not only released the family commitment and expectation stuff, ALL the other Christmas burdens lessened too.

Thankfully this realization happened in early 2007 and last years Christmas preparation was much less stressful. As a result of the tapping I did, I was able to let go of my guilt over what I thought other people expected of me.I managed to do ALL the present shopping in 2 days , I only sent cards to people who sent them to me and/or who were the absolute nearest and dearest, I let the kids sort out the tree and didn’t buy any new decorations.(By the way our kids will tell you that the best Christmas tree they ever had was the one Steve made from a couple of twigs shoved into a jam jar and decorated with aluminum foil one year when we were away from home on a seaside holiday!)

This November I found I was much more at peace and able to enjoy November (in Australia) for its lovely warm weather and gorgeous Jacaranda trees in full bloom.All the pressure of the advertising and shop displays and people telling me “there are only x weeks till Christmas” is still happening but it doesn’t give me the same overwhelming feelings of guilt and pressure that it used to. My motto has been “Christmas is in December”. I don’t even know the extended family plans for Christmas at this stage (late-November) ! Let alone what we are going to eat!

I do know that there is a lot to do for Christmas, and I will have some very busy days in the lead up as a lot of shopping and preparation is unavoidable (and the shops will be busier the longer I leave it.) But I have found if I start in October, I can guarantee I will still be at the shops on Christmas Eve anyway for some last minute thing. I can now contain the busyness and head space to a small amount of time.

I feel much more at peace, I’m sure my kids are happier that mum isn’t so busy with preparations that she hasn’t got time for them. And Steve is saying “Finally, happy wife, happy life”.

What do you think? We would love to read your comments.

5 thoughts on “A Guilt Free Christmas”