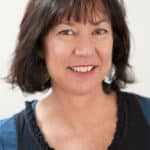 I have avoided situations all my life where I may have to speak in front of a group. Recently, it became time to confront this. As an artist, these days you are expected to talk about your work; artist talks and such are a regular part of exhibiting your work.

My first attempt was about a year ago. It was awful. I had thought I could just talk about this subject I know so well but when it came to it I was very nervous; lost my train of thought; I think I repeated things; I left out what I wanted to say. I felt awful afterwards.

Early in June was my second attempt. This time I did some work on it beforehand, I did some SET tapping on my fear and also had a “session” with Steve on what I actually wanted out of it. We worked on my desire to speak well and confidently, to say all that I wanted to say and (Ha ha) actually to be amusing (what a cheek!).

I tapped all the way there in the car. I had written out what I wanted to say BUT I still became nervous as it came to my turn. At these talks each Artist in turn talks about their work as everyone walks around the gallery, you never quite know when it will be your turn, where you or the audience will be standing… I could feel my heart pounding, all the focus on me, I rushed through, didn’t say all that I wanted to. It wasn’t great, although it WAS better than my first attempt. I did realise though, that not all the focus was on me immediately afterwards, the others were all thinking about themselves or about their talk and many were just as nervous as me, expressing it in a variety of ways.

I felt clear now that the issues in public speaking for me were all the focus being on me and losing my train of thought. I found it far easier to talk about my work when there is interaction eg questions asked, rather than me doing all the talking to the stony silence in the room.

Steve comments: Problems like this typically have many aspects. The great thing about this is that Louise had settled down her issue enough to start to notice the important aspects that were still triggering her fear reaction. It is VERY common with public speaking fears for the worst moment to be as it comes to your turn to speak, as the focus comes towards you. At this point, although Louise had done some tapping on her fear which HAD helped, she hadn’t specifically focused on these aspects. Noticing this and being clear on her goals would make the next stage easier.

I now had the determination to solve this, to become a good public speaker and confident in doing so. I was sick of feeling like this!

July was my third attempt. I talked to Steve about it and did some tapping. By now my reticular activating system was in full swing. I was seeing and hearing things relevant to public speaking all the time. I had some major realisations:

1. That the hardest things are sometimes the exact thing you need to do to move forward.

2. This is what has been stopping me doing what I want to do for most of my life.

3. After watching Megan Washington (a fantastic Australian singer) admit she has a stutter – In fact she did a TED Talk presentation on it – helped me realise that of course you can be great at some things even if you have difficulty in other areas. Just because I have a fear of public speaking doesn’t make me a bad person or a crap artist.

4. Why should I be good at this since I rarely do it? I’ve been an artist for 30 years and I am reasonably good at that however as far as speaking in public I have avoided it most of my life so far. So I need to be willing to learn how to become good by being willing to not be so good at first! See Steve’s article on preparation and practice.

So my plan was: practice, preparation and lower expectations.

Steve comments: Lowering your expectations is not a bad thing, especially when you have expectations that your first attempts at something complex like this should be brilliant. Giving yourself permission to learn and even to “fail” (as long as you learn from it) can be incredibly empowering. I often recount the quote from G K Chesterton to my clients: “If it is worth doing its worth doing badly” … at first! Because everything you do well you had to first be willing to do badly (or less well) in order to become good at it.

So I tapped. I wrote up my talk. I went to the gallery when no one else was there and quietly said my talk. I imagined the audience being there. I imagined focusing on one person at a time. It felt ok. 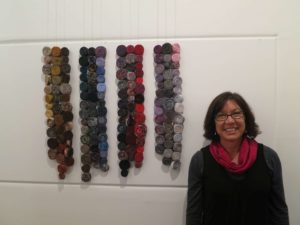 On the day, I practiced Amy Cuddy’s power pose for confidence in the morning and then sitting in the car and at the gallery. I tapped most of the way there and throughout the event (finger tapping) waiting for my turn. I was last of course! I realised this about 1/4 way in and thought, ok let’s just enjoy everyone else’s talk until mine. I did lots of deep breathing.

Steve comments: It seems lawful that the thing you fear most (like being last in line and having to wait your turn) will come up to test you! This is why it is good to anticipate such things and prepare for them with tapping. In this case, the test went very well!

I thought on the way there about seeing Julian Cleary on QI the previous night and how he said he literally pooped his pants in front of the Queen because he couldn’t hold in a fart. I thought, well I’m not going to do that…so it can’t be that bad. I also thought about Frank Farrelly and my session with him 30 years ago about running away and he said I’m not going to let you.

My mind came up with lots of ways I could avoid this talk – I could run into the side of the freeway, I could plain forget, get the time wrong – all of these situations I knew would make me feel worse in the long run. I would ultimately regret the missed opportunity to take the next step, as difficult as it felt.

So I got through and it was ok. I was the only person who had notes to refer to, but that was ok. I also had a more complex story than some, and of course less practice at public speaking. I didn’t feel bad after. I almost put my hand up for the next talk in this series…

Okay so be careful what you wish for… a few weeks later I receive an invite to present at a CONFERENCE!!!!

A year ago I would have said no and run a mile. Instead I said “I will do it”, but I did say “I am terrified!”

Now I had a couple of months to stress over this!

I had never presented anything like this before. Two weeks prior to the presentation I didn’t even know how to make a PowerPoint presentation. (I know all of my children learnt this in primary school)

I had several melt-downs about my fears, worry, and anxiety over this. Just when I thought I had addressed it all another issue or aspect came along. Steve is very good at saying things like “Oh and of course when they introduce you…” and bringing up another issue to be tapped on. One big issue was my fear of stumbling over my words, and when that happens I then lose my train of thought, my mind goes blank and I can’t even remember what I have said. We did a lot of tapping and some PET on this.

Here is what I did to prepare:

1. I had a VERY well prepared talk – if I got run over by a bus (which I did think would be less painful) someone else could speak.

2. I practiced my talk every day in the final week before the conference. I did a proper run through of the presentation with PowerPoint 4 times.

3. I thought about all the unknown issues that may cause me to stumble, such as number of people in the room; layout of the room; do I need to use a microphone; AV equipment; does my slide show work properly? What is the audience like? All the things I could find out about I did. For example knowing before-hand if there are 50 people or 200 in the room can make a big difference. The less surprises the better.

4. I started to really watch other people presenting- really observe the quality of their presentation: nervousness, flow, timing etc. Surprise, surprise I realised we are far more interested in what they are saying than how well they say it.

At this time I heard an out-take of Heston Blumenthal not able to even get his own name right and thought, “Even the big guys stumble over their words – it’s ok.”

5. I started to notice how many people quietly mentioned how nervous they were and how much they dread public speaking, even those who do it regularly.

6. I worked with Steve on many of the issues I had regarding the presentation. He is extremely good at thinking of far worse case scenarios than I was! We worked through all of those too.

7. I did lots and lots and lots of continual tapping, especially whenever I felt the anxious tummy feeling. I did lots of deep breathing. I used Logosynthesis on lots of aspects. I did a couple of big TRE shakes in the middle of the night when I couldn’t sleep. I also did the Amy Cuddy stance.

8. On the day of the presentation I did finger tapping all morning throughout the other conference presentations. Interestingly, a couple of things happened that morning that could have really thrown me, but thanks to the tapping and some Logosynthesis I did whilst sitting in the audience watching another presentation I managed to resolve this.

I start and it’s all ok, then they can’t hear me, lots of stops and starts with a faulty microphone, in the end they can’t fix it and I am asked to “just talk louder”. That is ok too. I continue and at some point it all seems ok, quite dream-like really. I thought, “I am ok, I am actually enjoying this”. The audience get what I am talking about, they are inspired and interested. They asked lots of great questions after the talk. It was bloody fantastic.

My reason for writing this is to encourage others to also take the steps required to overcome their fears. I know there are lots of opportunities I have missed or declined over the years because of my past avoidance at addressing these issues. I also know there is a genuine interest from people to understand more about art works, which is why I am inspired to continue.

Steve comments: I’m so proud of Louise for making the commitment to confront this, one of her biggest fears, on her way to achieving her goal of becoming a recognised textile artist. I would have been proud if all she did was turn up at the conference, it is so wonderful however that now she can even enjoy the process of presenting on her work – which is brilliant by the way! See: louisewells.com