This series of articles was originally published in Gary Craig’s EFT Insights Newsletter. I’ve modified it to indicate that you can use both EFT and SET to achieve these results. 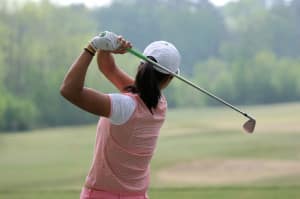 Peak performance! It sounds jazzy and exciting. For those who have a commitment to peak performance, however, it often represents a series of daily disciplines, an endless process of coming up against massive frustrations, and ongoing questioning and doubting, punctuated by periods of intense focus and inspiration.

Mostly, the difference that makes the difference is that peak performers persist in going for their high goals despite these moments of doubt. They manage to keep themselves going despite the internal and external objections to their continuation on the path. They manage to stay committed to their goals even when all the outside evidence (and even some of their inner voices) suggests it would be better for them to just quit.

If you want to be a true peak performer, you’d better prepare for the kind of massive doubt and frustration that would cause 999 out of 1000 people to give up and justifiably resign from the task.

There are always more reasons not to go ahead. There are always more obstacles to be overcome, the biggest of which are the internal barriers to high achievement. This is where EFT and SET can help us to achieve peak performance. EFT & SET can help us sort out what is really at the bottom of our inaction, procrastination, and self-sabotage—barriers that most peak performers have encountered at some point in their career. Often it is just fear. I say, “just fear,” but fear, as Emerson stated, defeats more people than any other single thing in the world.

What about the fear that you have taken the wrong path? What about the fear that you might waste a large part of your life building a castle in the sky? What about the fear that you will come up short? These must all be addressed and treated or they will continue to get in the way of your performance. But as important as they are, they are usually nowhere near as powerful as that nagging sense of doubt in your own ability, your own worthiness, and your own goodness. The nagging thought, “I’m not good enough” or “I’m not good enough yet.” The idea that something more is needed to make us be what we need to be. That once we become perfect then we can proceed. So far, I haven’t met one person on the peak performance path without some challenges with self-doubt and the need to be perfect.

For most truly worthwhile goals, we need to proceed before we achieve perfection because waiting for perfection before commencing will mean we stay permanently inactive. This is where EFT & SET can help. If using EFT, begin by doing some rounds of tapping on “Even though I’m not perfect yet…” Then continue by tapping on whatever it is you feel you lack, or whatever it is you feel you need to have or do before you can take some real steps toward your ultimate goals. If using SET, simply focus on “I’m not perfect yet”, then use continual tapping to follow the thoughts and feelings that connect to this.

What is stopping you is bound to be your negative associations toward one or all of the following:

2. The process involved in getting it.

3. Your own (perceived lack of) ability or deservingness to achieve it.

In other words, you associate pain with having it or with what it would take to have it, or you believe that you are the problem. These are all good places to start your tapping routine. I gave some suggestions for tapping on these negative associations in my article Manifesting the Life of Your Dreams with EFT. Today I’d like to offer a couple of ideas for treating the perfectionism trap, since this is a very common barrier that stops many of us from taking action.

Here are just a few ideas for common blocking beliefs to target to begin with (if using EFT you might put these beliefs into the set-up statement, if using SET, simply tap whilst focusing on the statement in italics):

“I’m not good enough to…” (Describe your goal, or what you think you need to be doing that you aren’t doing)

“I don’t know exactly how I will go about it…” (This is a big one, as with most really big goals we don’t know when we set them exactly how we will achieve them, yet we will never find out how to achieve them unless we decide to go for the goal before we really know the “how.”)

Then it can help to step up the intensity a little with an exaggeration of your problem pattern, viz:

“I am not going to take action until I have a perfect plan which is flawless in every way...”

Exaggeration is an excellent tool for blasting through your belief barriers and revealing the specific fears that are driving them. Fear of failure is quite common, but so too is fear of success. Once you know what your particular fears are you can treat them directly.

The reality for most of us. however. is that we have both fear of failure and fear of success, we have parts of us that want to go out in the world and be heard and parts of us that want to stay home and watch TV. Churchill called this “Internal Civil War.” The resolution of these opposites is, in my opinion, one of the greatest challenges we all face. In the following article, I explore some ideas for making peace with the warring sides.

In part 1 I explored some of the challenges of perfectionism. As it turns out being a non-perfectionist may actually be the key to success. A great author, who had written over 475 books, said that the secret to his success was that he never regretted what he’d written or worried over it. He was a true non-perfectionist.

I believe it is in the conflict between seemingly irreconcilable differences such as these where our greatest success may be found.

An example of a conflict of my own of this nature was my intense fear of losing my family connection if I became too successful and was away too much. On the other side—and there is always another side, an opposite polarity—was the fear of living a life without meaning or significance. I have been tapping for some time now on both sides of this polarity and am finding that doing so can bring about incredible transformational shifts. Paradoxically, rather than one side winning over the other, you end up finding an empowering alternative far beyond that of compromise and either-or alternatives.

Robert Johnson describes this process in his book Owning Your Own Shadow, which I highly recommend to serious tappers and aspiring peak performers. When you allow both sides of the conflict to have value and dignity, you provide the means for your own personal transformation and you break out of the double bind of “either-or” to a new reality of “yes, and,”

How do you do this using EFT or SET?

Bring both sides (the conflicting ideas, or opposite points of view) into the light of your awareness and do tapping whilst focusing on each side in turn, allowing that side to provide its message while you tap. Also do some tapping on accepting yourself even though you have this conflict. And even though you want this (for each side).

For example, in my case I tapped on the challenge of my need to be there for my family, and the fear of losing my family if I wasn’t there, as well as the need I felt to make a major difference in the world and the fear of achieving little with my life and living a life of insignificance.

Strange as it seems, once I accepted both of these needs within myself, I found myself moving to a place of peace where both could be allowed to coexist. This is far beyond compromise, which is the land of never being satisfied, of always feeling torn and guilty no matter what you are doing.

Now such bad feelings only come when I allow one side to dominate and refuse to listen to the message each provides. It’s a state of balance and peace that I’m seeking to achieve in other areas of my life, and one that Dr. David Lake and I are exploring with the participants in our workshops. A major key to the success of the process apart from acceptance of both sides is self-acceptance.

Consider the parts of you that are in opposition and tap on accepting the fact that both sides exist as a preliminary step toward considering that each side has something important to say. Tap on each side and allow it to fully express its viewpoint, and then do the same for the other side. Allow each side to be transformed as it comes into the light of your awareness then moves through this to new realisations and new perspectives.

Following the initial challenge of accepting your negative and dark parts, I’m certain you’ll find this a powerful process that can provide you with a clarity of purpose like you’ve never before experienced.